The first stop on my TOP Study Tour was Tann, Germany, a small city in Hesse nestled in the Rhon Mountains.

There’s not a ton to do in Tann, but it was the perfect first stop on our tour, small enough to navigate on our own and quintessentially German. In Tann I became obsessed with windows. There was an endless variety of types and shapes, with flower boxes and without. Lace curtains in some, small accessories hanging in others. They were each full of personality and charm. 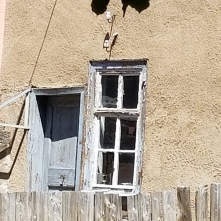 I like the idea of windows being passageways, openings, paths to something new, a new perspective, a new idea, or a new adventure.

I think it’s fairly appropriate that on my first few days in Germany I found such beauty in the windows I encountered because the TOP Study Tour was the beginning of new perspectives, new ideas, and new adventures discovered over the days of my TOP Study Tour in Germany.

More on that later…